Over 1,000 years ago the Vikings used light weight yet strong and versatile ships to explore unchartered waters and discover new lands. The Viking Age was the age of the sleek, speedy longship and this crucial advance in ship technology helped the Nordic people become a dominant force in politics and trade. Today another innovative Nordic exploration technology, SkyTEM, is being used to explore for critical resources, but now the ship sails the skies.

In Denmark, as in much of the world, the supply of drinking water is based entirely on groundwater resources. In the 1990s the Danish Environmental Protection Agency (EPA) decided that before land could be slated for urban development it had to first be examined to determine if aquifers were present in the area in order to protect them from potentially harmful human activities. In an effort to make sound decisions on how and where to protect these critical resources it was important to base decisions on accurate and reliable information, in this case, spatially dense hydrogeological maps.

Ground based methods produced highly accurate three dimensional data sets, but were slow and difficult to employ in hilly terrain or populated areas. Airborne systems at the time were not suited to detecting subtle variations and geological layering required for mapping aquifers. Also, conventional airborne systems were designed as “bump detectors “ for mineral exploration and could provide either near surface or deep images – but not both. The R&D team of leading geophysicists, hydrologists and scientists within government and universities, eventually the initial SkyTEM team, set out to develop a method capable of mapping the near surface concurrently with mapping to depths of about 350 m – the interval where the aquifers resided. They also set out to collect highly accurate noise free data that was robust enough to create advanced map products within a few days of being acquired.

With these specific aims in mind the first SkyTEM high resolution electromagnetic system was developed. It was and still is an industry breakthrough – one that changed the industry – as it was the first and only system engineering with a Dual Moment transmitter designed for the simultaneous collection of shallow and deep data. Also unique is the development of a low-noise receiver that eliminates almost all of the primary noise from the transmitter – a problem that plagues all airborne EM systems. Another breakthrough is the elimination of system drift and the need to continuously calibrate the system during production flights. The SkyTEM frame is rigid enough to place an array of ancillary sensors. All sensors, including the magnetometer, are mounted on the rigid carrier frame and flown at low altitude ensuring that all measurements are recorded as close to the ground as is achievable from an airborne geophysical platform. This allows for increased accuracy and the collection of the highest lateral and horizontal resolution obtainable.

It was recognized early on that the system was able to produce results matching various ground geophysical techniques so several systems were built and deployed to map the entire country of Denmark. During that time the technical team had the opportunity to work with the users of the data. They received valuable feedback and identified areas for system improvement and set further R&D objectives. After collecting, processing and analyzing many thousands of kilometres of data and gaining many years of operational experience the SkyTEM team decided to make their breakthrough technology available to the world. The first commercial SkyTEM survey was performed in 2003 and SkyTEM Surveys ApS was officially launched in April 2004.

2005 saw the first SkyTEM surveys for mineral exploration in Canada and Scandinavia. Since then development of systems continued and SkyTEM now offers systems that are capable of mapping to depths of over 500 m, or as shallow as the top few metres, depending on the application and targets sought. SkyTEM technology has been successfully applied globally for locating drill targets for a variety of economic mineral deposits, including gold, copper, nickel, platinum, uranium and coal.

SkyTEM’s mapping abilities have also been recognized by engineers, scientists and others with a need to accurately map the subsurface. The SkyTEM method has been called upon to locate water on a Galapagos Island, characterize a pipeline construction route, study slope stability on Mt. St Helens, identify contaminant pathways, map salt water intrusion, verify conditions for a planned CO2 sequestration site and a wide range of geotechnical engineering studies. SkyTEM is the first helicopter-borne geophysical method to be used in Antarctica. Scientists working on that project noted the system’s ability to map the hidden distribution of ice and water on the frozen continent and stated that the SkyTEM Method provided more knowledge about the subsurface of Antarctica than 40 years of drilling and traditional geological studies.

The SkyTEM R&D team are constantly improving the system and are working towards the next breakthrough in the collection and processing of accurate high resolution geophysical data. 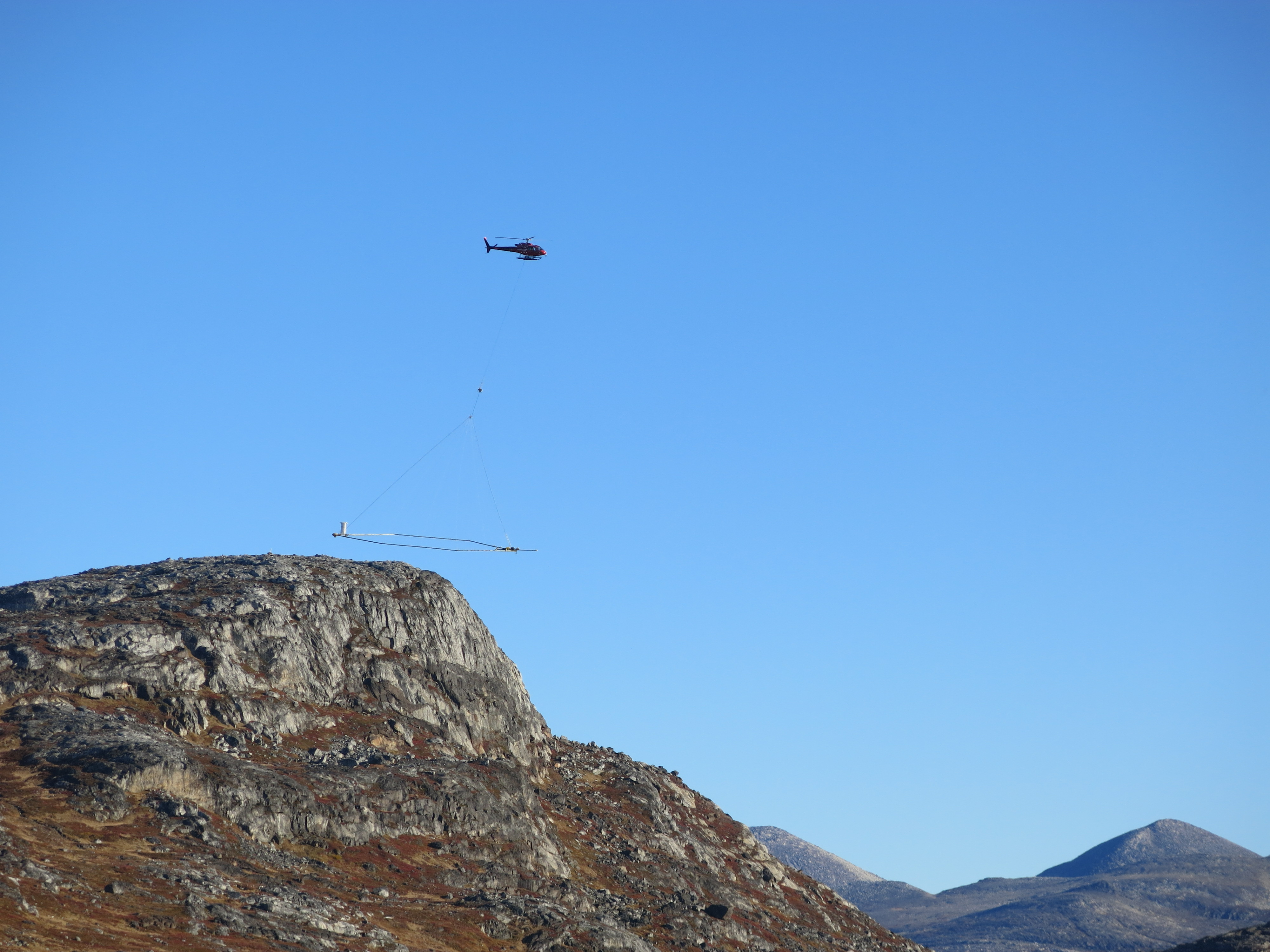