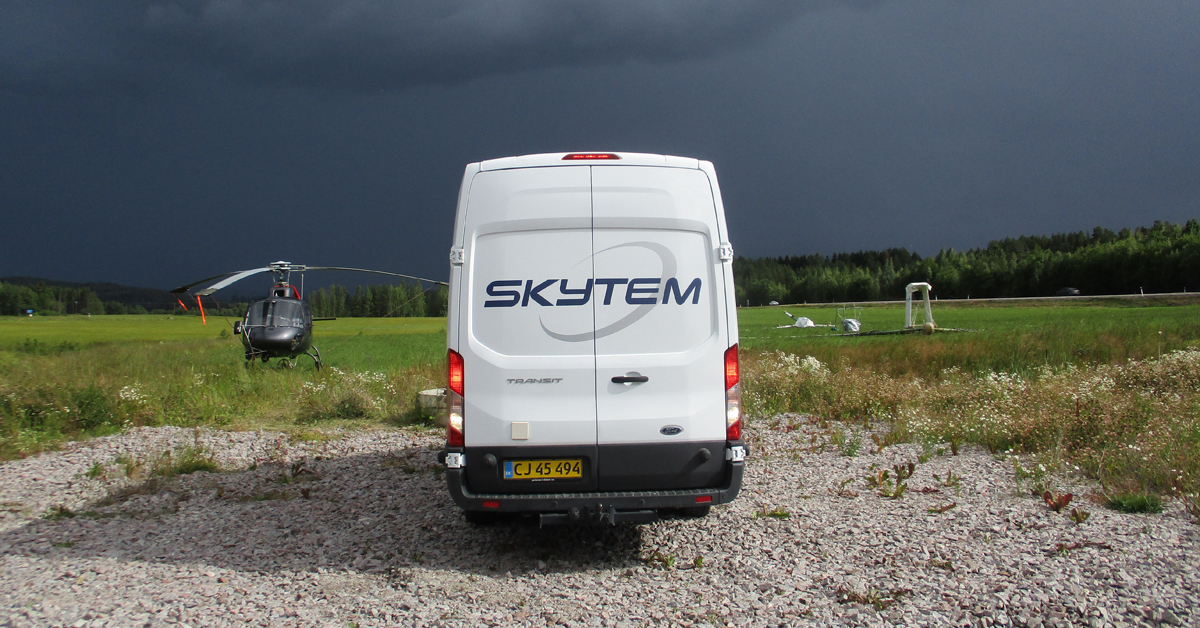 Garrett Ainsworth, CEO of District, commented: ” We are very pleased with the SkyTEM results, and the application of this modern exploration method has undoubtably proven to be very successful. The recently flown survey has identified numerous conductive and magnetic high anomalies that showcases the exceptional potential to make polymetallic discoveries across the Tomtebo Property”

Giant airborne SkyTEM electromagnetic survey to fly over Great Southern in the south west of Western Australia. The survey is one of a series in a statewide program being conducted by the Geological Survey of WA and Geoscience Australia. 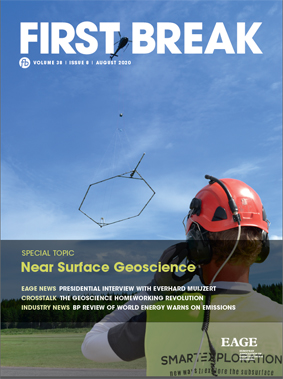 Smart Exploration is an ambitious project, funded under the EU’s Horizon2020 Research and Innovation Programme, responding to call for “New solutions for sustainable production of raw materials – New sensitive exploration technologies”. The project’s main objective is “developing cost-effective, environmentally-friendly geophysical solutions for mineral exploration”.
Partners from 27 organisations, including SkyTEM, and 9 EU countries with different specialisations are gathered to improve exploration technologies and smooth transition towards decarbonisation.

SkyTEM is currently conducting an airborne EM geophysical survey funded by the Saldanha Bay Municipality in collaboration with the Institute for Water Studies. This survey’s objective is to understand the geology and groundwater resources in finer detail which will aid in the attempt to manage groundwater resources in a sustainable manner. Article available here: https://sbm.gov.za/wp-content/uploads/Pages/Notices/Langebaan-Road-3D-Aquifer-Mapping-Project.pdf

VANCOUVER, May 25, 2020 /CNW/ – Stuhini Exploration Ltd. (the “Company” or “Stuhini”) (TSX-V: STU) is pleased to report that it has commenced a Skytem airborne geophysical survey on selected portions of its 4,243 hectare Que Project in the Yukon Territory. Once this survey is complete, weather permitting, the company plans to mobilize the SkyTEM crew to its nearby 26,735 hectare Ruby Creek project in Atlin BC to conduct the same survey on selected portions of the Ruby Creek tenures.

Dave O’Brien, President & CEO commented: “Planning this year’s exploration program, with the pandemic and it’s ramifications, has obviously been a dynamic process with extraordinary unforeseen logistical considerations as first and foremost is always the health, safety and well-being of our exploration teams and the communities in which we will reside while conducting exploration. Stuhini would like to thank the SkyTEM team for their cooperation and flexibility regarding strict Yukon Territory covid protocol thus allowing our planned program to go ahead in light of the pandemic and the challenges it has provided. Their teams have spent 14 days in isolation at Johnsons crossing strictly adhering to mandatory covid protocols before commencing these SkyTEM surveys.” 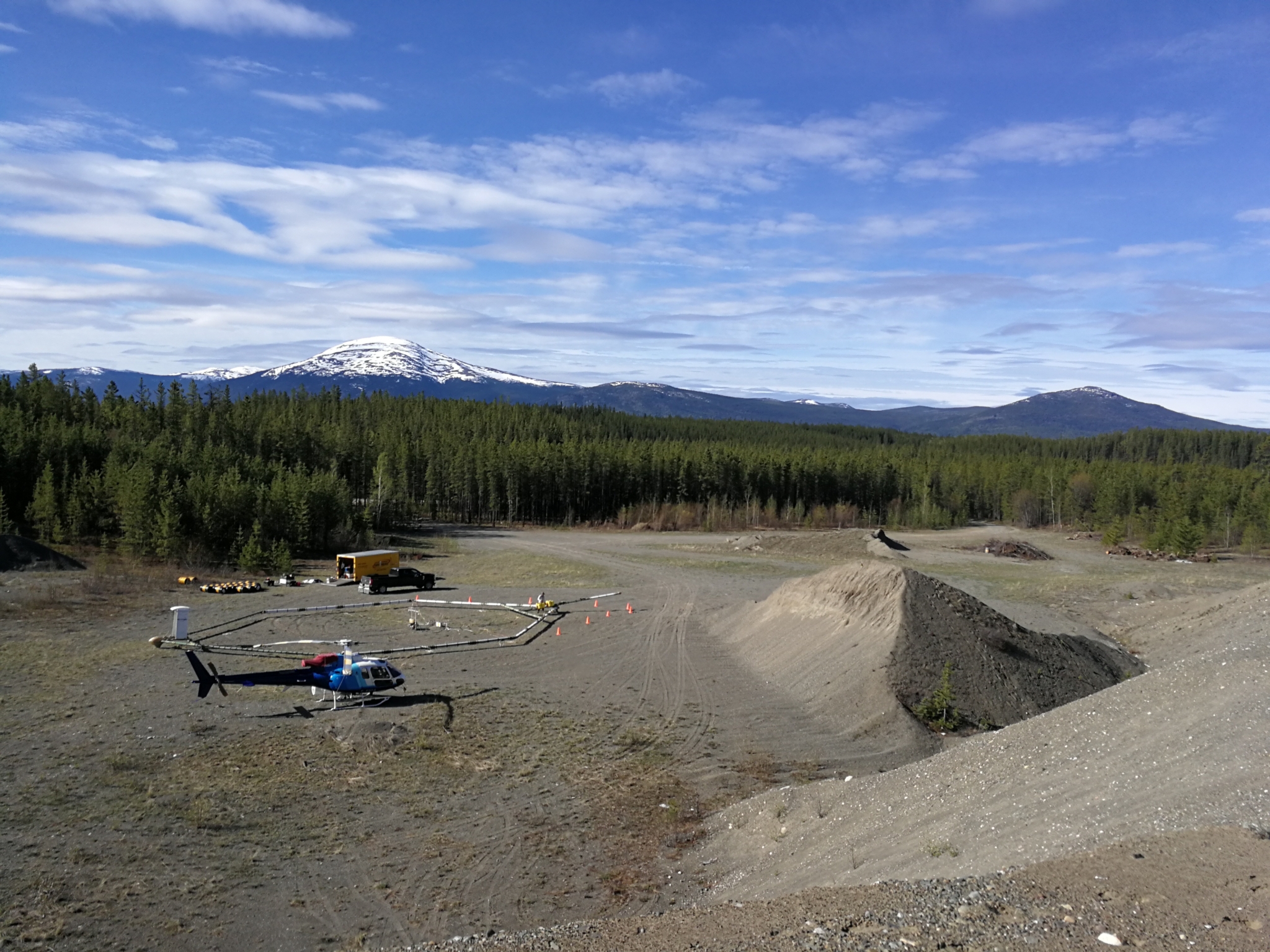 Two months ago, the mineral exploration world gathered at the PDAC convention in Toronto just as we were learning of the “coronavirus “, as it was known then. At the SkyTEM booth and throughout the show clients, friends and associates touched elbows or expressed “namaste” and continued to talk about planned projects and future possibilities, never thinking that the state of suspended animation we live in now was where we were going to end up.

The early days were surreal as news and images from around the world spread across our TVs and laptops. SkyTEM field crews were on assignment in various corners of the globe but by mid March, as borders hardened and planes stopped flying, we began to repatriate all field staff out on assignment. The swiftness of the virus’s spread and management’s determined focus on safety and security of the employees was clear when, with only one flight remaining to complete a groundwater survey in California, the SkyTEM crew woke to instructions to return to Canada immediately – and so they did.

As countries began imposing even more restrictions on the movement and interactions of their citizens much of the world began working from home. “Imposed” isolation, and the requirement to cease all human contact outside the home, is difficult for many of us to deal with. SkyTEM sales staff joined the ranks of millions of newly remote socially distanced workers and wrestled with new realities like slow home Wi-Fi and children requiring home schooling. There are some in our industry, less extroverted and less affected than socially needy salespeople like the geophysicists (and a good friend of ours) who joked that most geo-types have always been socially distant. This opinion does not reflect the views of SkyTEM.

By the end of March, it became apparent there was more to be afraid of than just our health as we began to see the virus’s potential harmful affect on world economics and our personal finances. This new unwelcomed reality and the anxiety that came with it was quickly erased with a phone call from Headquarters in Denmark. Dr. Flemming Effersø, SkyTEM’s CEO, contacted each employee to assure every one of us that we were going to be OK and that SkyTEM would look after us. “Our plan is to continue with our R&D projects, to continue to innovate and be leaders in technology. We are going to keep moving forward. We were strong before and will come out stronger. “ We were not going to become unemployed, only quarantined.

SkyTEM – creating the next new normal in time-domain AEM

Denmark, the second European country to impose a lock down began to lift restrictions slowly and carefully as the curve began to flatten in Europe in late April. Once staff in Denmark began returning to the office, upon walking through the front doors they were greeted by the R&D team.    After isolating in early April, and without exhibiting any symptoms, they saw an opportunity to get back to work, tinker and have some fun (and always in a safe and healthy way).  “Without distractions and disturbances” as one of them was overheard saying.  Their real motivation was the high they were on from the recent SMART Exploration program where they successfully delivered robust and relatively noise free ultra low moment 6.25Hz data.  It has never been business as usual at SkyTEM and Its hard to keep a good airborne techno-nerd grounded.  They have been there all the time, safely and smartly, developing the next SkyTEM time-domain breakthrough.

Great geophysics has always been essential

Today, all of us at SkyTEM are concerned about the safety and well-being of our families, colleagues, customers, partners, and the many friends who make up SkyTEM’s global family.  Our Covid-19 Policy includes measures we actively take to mitigate the spread of the virus.  We follow the rules diligently and act responsibly and transparently to sustain a healthy and safe workplace

There is increased frequency of cleaning activities, including sanitizing high touch areas such as survey equipment, keyboards, telephones, door handles and guest common areas.  In addition, we have increased cleaning schedules of our vehicles and sanitize the interior of every vehicle before and after it is used. We have also added additional hand sanitizer and cleansing wipes in our facilities, together with informative signage to instruct on usage.

We are now slowly and responsibly returning to the work of acquiring airborne data.  Field employees self-test for three days prior to mobilisation by recording their internal body temperature to provide some assurance, but not a guarantee, that each employee is fit for travel.  During the survey, the employee additionally follows the virus monitoring and action plan requirements of the client.  If none are present, then the SkyTEM policy is followed.

The situation remains very dynamic. We are confident in our position, preparation and planning and remain committed to providing the superior service and support that our customers have come to expect of our company.  If you have any questions about SkyTEM’s response to COVID-19 and our ability to collect and deliver the best airborne geophysical data possible, please ">contact us.

SkyTEM is delighted to announce that Mandy Long has been promoted to General Manager of SkyTEM Canada Inc as of May 18, 2020. Mandy brings over 15 years of progressive experience in airborne geophysics and has a strong understanding of exploration challenges and solutions in the mineral, water and engineering sectors. We are excited to have Mandy apply her extensive managerial experience to help grow our business and look forward to her building on the strong team and foundation we have established in North America.

SkyTEM is currently searching for underground aquifers in Hawke’s Bay, New Zealand. Water resources are under pressure in the area, and the SkyTEM aerial technology is much more efficient than drilling holes. The technology can produce 3D maps down to 300 metres.

See the feature from 1 News here.

Dr. Lombardo brings 26 years of experience in business development, project management, data processing/interpretation and many applications of ground and airborne geophysics in South America for mining and oil exploration as well as for groundwater and environmental issues.

Silvia is based in Santiago, Chile, and will help develop and support new Business opportunities with our clients and Governments throughout South America. Please join me in welcoming Silvia to SkyTEM.