News from SkyTEM in Africa

SkyTEM continues to deliver new technological advancements to the airborne EM industry with a combination of superior survey economics and exceptional exploration capabilities. The systems are designed to minimize costs and maximize results and will assist water agencies, geotechnical engineers and mineral exploration companies face and solve 21st century challenges.

The new systems are specifically designed to:

SkyTEM – Your partner in airborne geophysics.

The event was held at The Pivot Conference Centre, Southern Sun Montecasino Hotel in Johannesburg, South Africa on May 18, 2017. 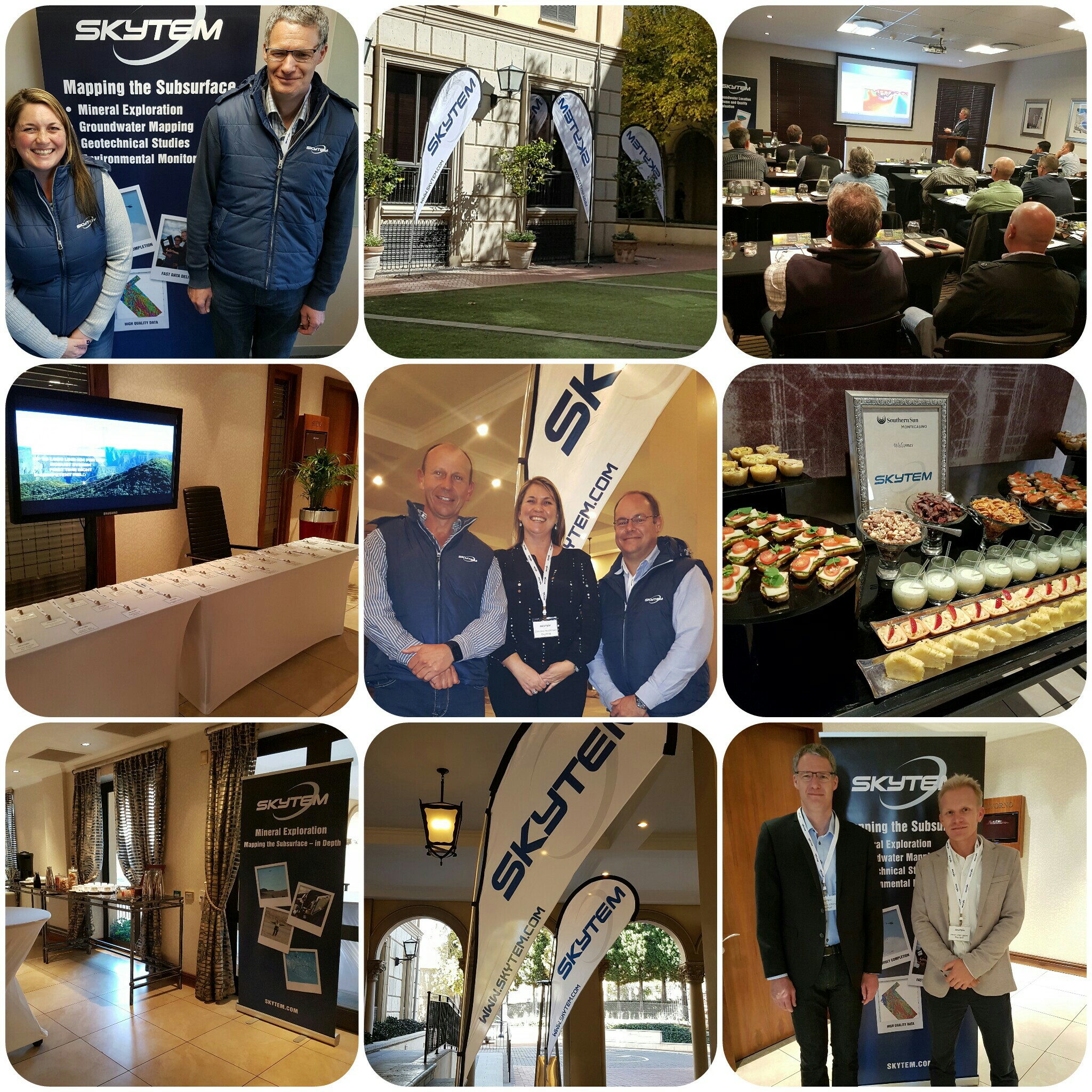 Airborne geophysical techniques are widely accepted and routinely used in the search for diamondiferous kimberlite intrusions, particularly if large areas need to be explored or if the kimberlites are covered by more recent Tertiary or Kalahari sediments and do not penetrate to the present day surface.

Since its inception about 12 years ago Xcalibur Airborne Geophysics has flown many high-resolution airborne geophysical surveys in a number of African countries for various diamond exploration companies. Among these are a number of recent surveys flown for Sociedade Mineira de Catoca LDA (Catoca) in 2013 in Angola.

Angola is the world’s fourth-largest diamond producing country after Botswana, Russia and South Africa. Apart from the well-known Catoca diamond mine in the Lunda Sul province, which is one of the largest kimberlite pipes in the world, Catoca together with partners Endiama and Prescol,hold a number of large very prospective exploration licenses in Angola. In spite of being in ‘elephant country’ for kimberlites, it remains a challenge to cost-effectively and successfully explore for economically viable prospects. The correct application of both magnetic and electro-magnetic (EM) airborne geophysical surveys forms an integral part of Catoca’s exploration strategy for finding kimberlites that contain diamonds.

The most cost-effective technique for first-pass exploration of large areas, particularly where access on the ground is difficult, is still airborne magnetic surveying. The key is to use state-of-the-art geophysical instruments on a robust, low-noise airborne platform and acquire good quality data along adequately spaced flight lines at the lowest safe flying height. Follow-up with airborne EM helps to differentiate, delineate and confirm targets for direct drilling.

Airborne EM data is acquired using the proven world-leader high-resolution helicopter-borne
SkyTEM system from SkyTEM Surveys Aps., Denmark. This system is mounted on a large
non-metallic hexagonal frame which is slung 35m below a standard Eurocopter B3 helicopter.

The SkyTEM Africa office opening and seminar was held at The Pivot, Montecasino Boulevard, Johannesburg, South Africa on 21 April 2016.

The seminar was hosted by our SkyTEM Africa Regional Sales Manager, Christina Hutchinson, whose mandate is new business development and maintaining long-term business relations by providing leading edge services to the Africa Region.

The agenda was comprised of a presentation on our SkyTEM312FAST system value offering for groundwater and mineral exploration, presented by SkyTEM’s CEO, Dr Flemming Effersø, followed by a networking opportunity with invited guests.

The International Water Management Institute (IWMI) has published an article about their groundwater mapping project over the Ramotswa Aquifer on the border between South Africa and Botswana.

“This is tremendously useful for us,” said IWMI’s Karen Villholth who leads the initiative. “By digitally mapping the subsurface in this way we can work out where the important aquifers are located, how large and deep they are, how they are delimited by other geologic formations. From this we can determine where it would make sense to further explore the aquifer through traditional means to identify good sites for drilling and managed aquifer recharge.” 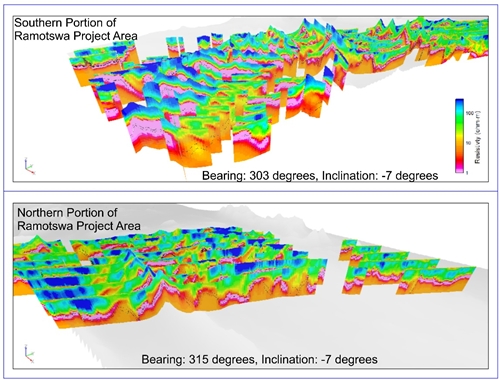 The aim of the project is to generate new information about groundwater to facilitate its sustainable management and support water security and resilience for the two countries.